On the morning of April 30th, Shenzhen City celebrated the “May 1st” International Labor Day and Commendation Conference held in Shenzhen Hall. Before the meeting, Wang Weizhong, deputy secretary of the provincial party committee and secretary of the municipal party committee, Chen Rugui, mayor of the city, Luo Wenzhi, director of the Municipal People’s Congress, and Dai North, chairman of the CPPCC, met with representatives of the winners attending the commendation meeting. Zheng Wei, deputy secretary of the municipal party committee and director of the organization department, attended the meeting and delivered a speech. The conference was presided over by Qiao Jiahua, chairman of the Municipal Federation of Trade Unions.

The grand ceremony was held. Skyworth Group Co., Ltd. was awarded the honorary title of “Shenzhen May 1st Labor Award”. This is the Skyworth Group’s award of “Shenzhen Civilized Unit” and “Shenzhen Private Economy Outstanding Contribution Enterprise” in 2018, and added a city-level honor with considerable gold content. 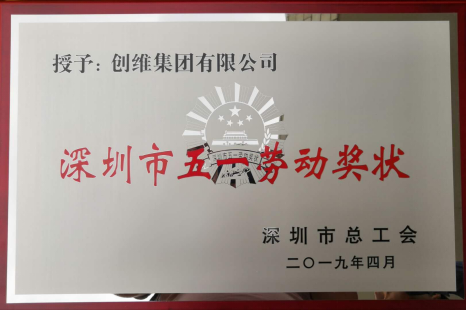